About Stijn Ilsen (BE) 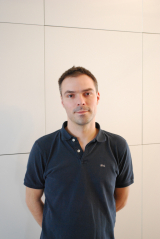 It resulted in one of the largest well-documented mass-extinctions in Earth’s history. In an era in which the first mammals appeared. An unexpected event resulting in the loss of 75% of all plant and animal species… Bringing an end to the magnificent era called the Mesozoic. Nearly 65 million years ago, our ancestral mammals cheated death when an approximately 10km wide asteroid hit Earth and resulted in the infamous end of the Dinosaurs. And yet, only little awareness is raised for these catastrophous dangers that hide high above us in the skies. During his talk entitled “it’s time for planetary protection”, aerospace engineer Stijn Ilsen will address the implications and dangers that come along with potential asteroid impacts. Having participated in multiple European Space projects and having experienced first hand how technological developments can enable humans to reach space, Stijn will discuss strategies to prevent Doomsday from happening. On the stage of TEDxUHasselt 2017, he will focus more on our technological possibilities and discuss the vast need for rehearsal space missions that on the long run will provide insight and experience to safeguard human survival on the moment of asteroidal impact.