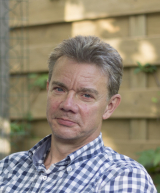 Each year, over 50 billion farmed animals are killed worldwide, and with the ever-growing population, this number keeps increasing. These animals give us great products like eggs, meat and milk, but at a regrettable cost for the animals themselves as well as for our planet. Climate change and food security risks are some of the biggest threats to the human species, and animal production finds itself somewhere in the middle of them. Animal free alternatives exist, but are not widely accepted by consumers. Peter Verstrate, food technician at the Maastricht University, is researching a more sustainable alternative under the form  of cellular agriculture. Bypassing the animals on a cellular level, Peter believes the planet and its human inhabitants can be saved. But will it? Will we go from farming animals to farming cells? Is the only viable replacement for animal products also animal-based? Find it out during Peter’s talk “Meat without knives” at TEDxUHasselt 2018!